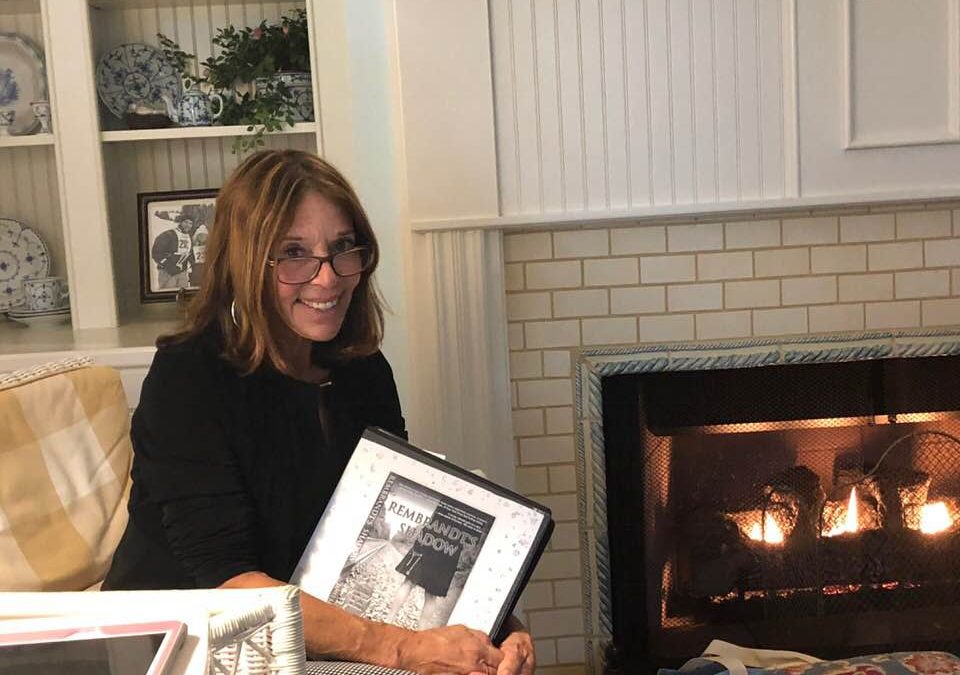 “It’s a romantic World War II novel based on the true historical events of our family,” Ms. Berg explained last week just hours before heading to her book launch party at The I’on Club near Charleston, South Carolina, her second home.

She is back on Long Island this week for events to promote her book, including a signing this Sunday at Quogue Library.

“Rembrandt’s Shadow” time-hops between World War II and the Vietnam War era as family history is uncovered, and as protagonist Sylvie, a character designed after Ms. Berg’s Jewish mother-in-law, meddles in her son Michael’s relationship with a non-Jewish girl.

“The main character’s son, who is more of a pacifist during the ’60s, was in love with a gentile girl—sort of based on my husband and myself,” Ms. Berg said.

Sylvie sabotages the relationship as long as she can. But when Michael is sent off to Vietnam, Sylvie seeks the girl’s help in a last desperate attempt to save her son.

“The girl accused him of fighting in a war he didn’t believe in over facing his mother,” Ms. Berg said.

She said Sylvie has her flaws, like Madame Bovary: “It made her a dark protagonist. I thought that would be more intriguing.”

Before and during World War II, Sylvie’s father and uncle were business partners and art dealers.

“Hitler had targeted this family business for two years before they invaded Holland in May of 1940,” Ms. Berg said. Hermann Göring, whom Hitler had tasked with plundering art from the countries the Nazis invaded, had visited the gallery himself.

Then, that August, after the invasion, the brothers were forced to sell 500 paintings by old masters. “It was almost their entire collection—way under value,” Ms. Berg said. “They had no choice. It was a canvas for a life. And this is all true.”

Ms. Berg’s husband, Bruce Berg, was born in America after the war. His sister, Alma, narrowly escaped death at the hands of the Nazis when she was 6 years old. Ms. Berg believes Alma’s life was saved when a Rembrandt was traded for 25 passports—essentially, 25 lives.

Still, Mr. Berg’s family lost 65 members in the Holocaust, between the concentration camps and The Lost Transport, a train on which more than 500 passengers died before its prisoners were liberated.

The real-life aspects of the story are ongoing, as Mr. Berg’s family continues to seek the return of paintings from the Dutch government.

Ms. Berg has already penned a sequel due out next year, titled “Restitution.”

Janet Lee Burg will sign “Rembrandt’s Shadow” at The Book Revue in Huntington on Friday, October 7, at 7 p.m. and at the Quogue Library on Sunday, October 9, at 2 p.m.